Educated at Rutlish School Merton 1943 – 50. Moved to Norfolk in 1961. Studied Fine Art – Printmaking as a mature student at Norwich School of Art and Design and graduated in 1996.

I have always been a keen photographer and, despite working in soft pastels for some years, my main interest now is in adapting photographic processes to use with conventional printmaking techniques. Often this involves the intervention of computer manipulation.

Photographs are perceived to present a reality which we can safely rely upon to convey information about the images they portray. In fact, the only realities are the photographer and his camera, which records whatever the photographer chooses to document and in a context of his choosing.

I have taken this a stage further and have used the various techniques at my disposal to fabricate objects, such as shop window reflections and vases, upon which are imposed images relevant to any message I wish to convey and, at the same time, using the camera’s ability to lie convincingly. 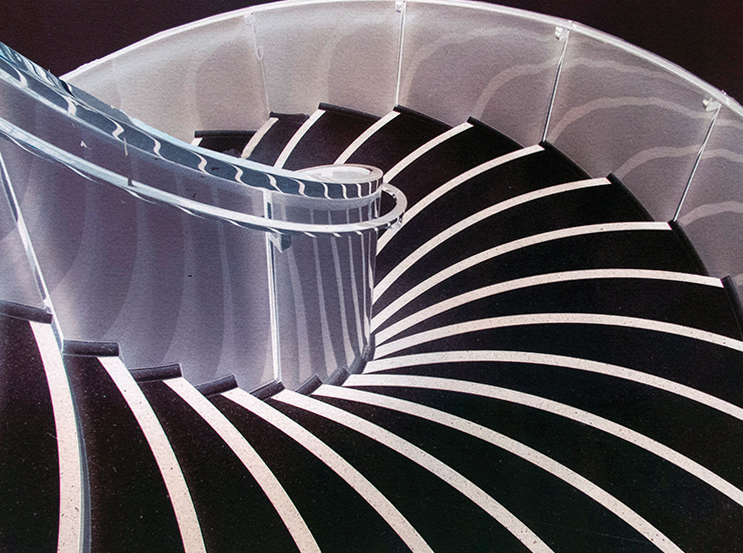 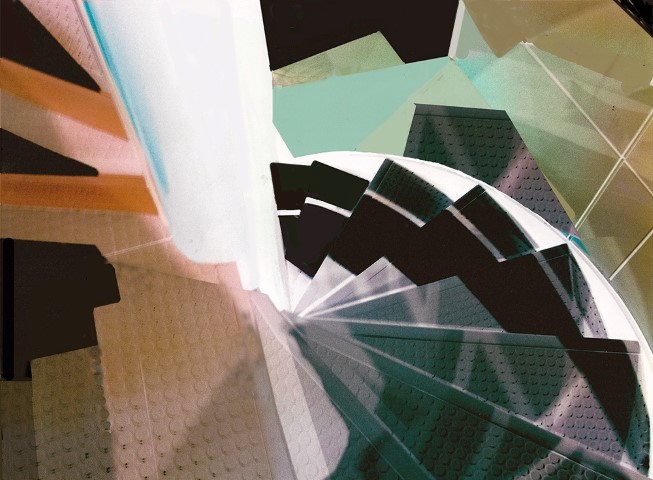 The Situation – Where to Next? 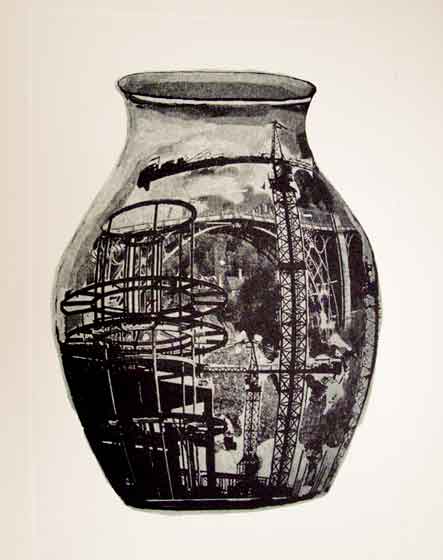 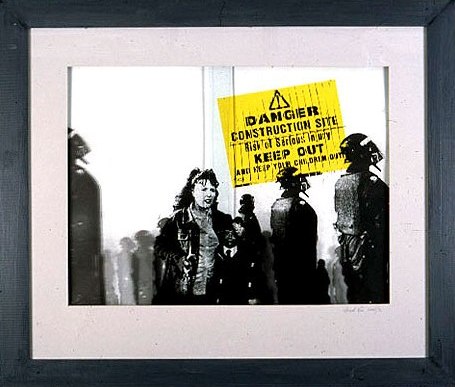 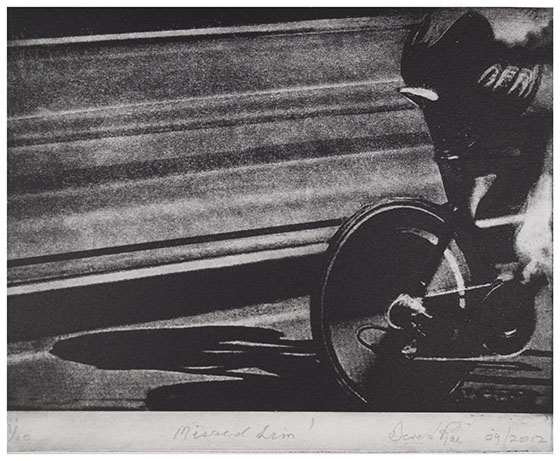 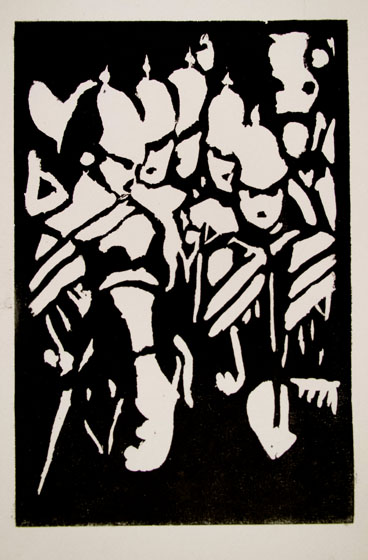 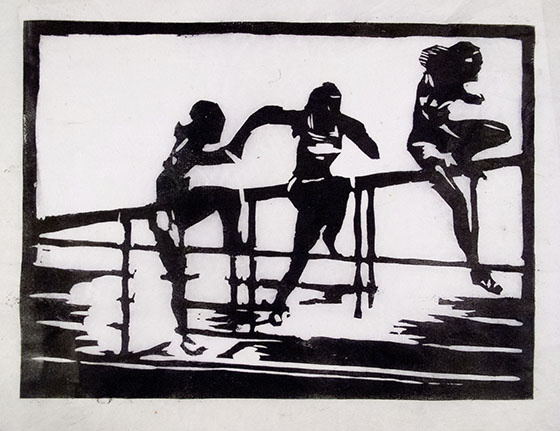 Worked in the London County Council and the Greater London Council 1955 – 1981. Until 1973 designed the Council’s special works buildings, including fire and ambulance stations, old people’s homes, magistrates courts and engineering buildings such as pumping and refuse transfer stations, Architectural project leader for the Thames Barrier. Also from 1963 – 1971 responsible for strategic Civic Design of NE London including the initiation of Docklands development, the Lee Valley Regional Park and the environmental issues of the urban road programme. 1973 – 1981 Divisional Housing Architect.

I have been painting since 1981 starting with part-time study at Putney Art School; returned to Norfolk in 1988. part-time study at Norwich Art School. Member of the 20 Group since 1991.
Initially I concentrated on painting groups of people and portraits to avoid the pitfall of using architectural presentation techniques, but recently I have been painting architecture and landscape subjects. During 2008/09 I began exploring some of the exceptional images from the Hubble space telescope. This opened up the possibility of painting seeming abstracts although based on real fundamental cosmic processes such as the creation of stars in the so-called star nursery “The Triffid Nebula” – processes which invoke vast cosmic clouds resolving into sophisiticated rational structures and specific physical forms. 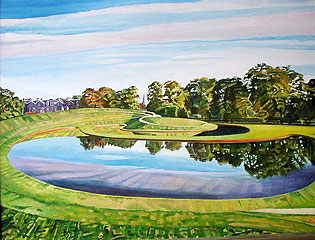 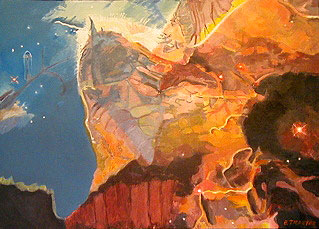 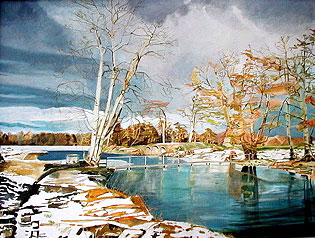 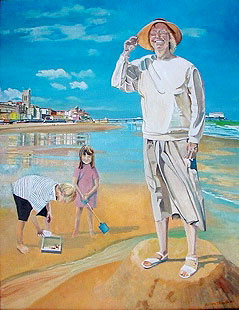 Elma With James And Sarah On Cromer Beach