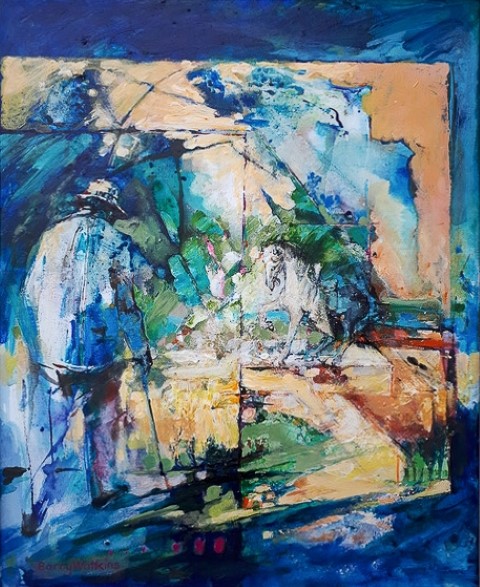 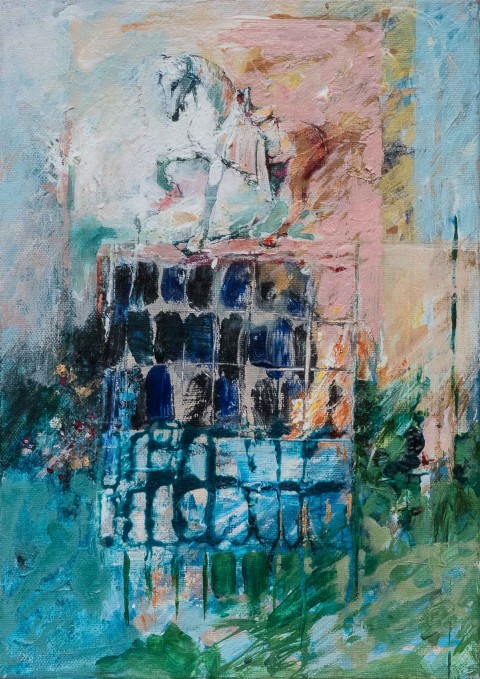 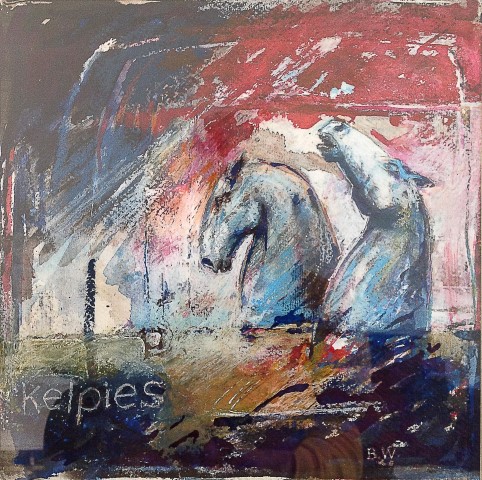 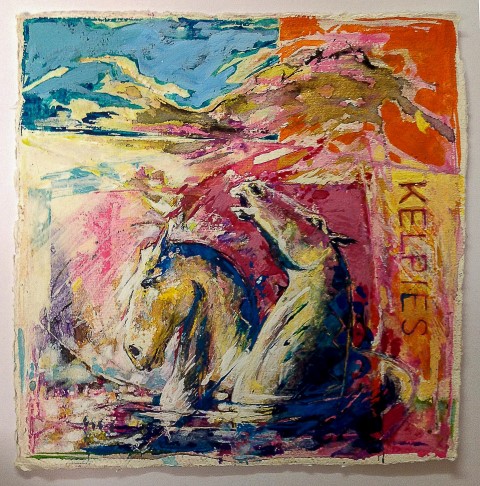 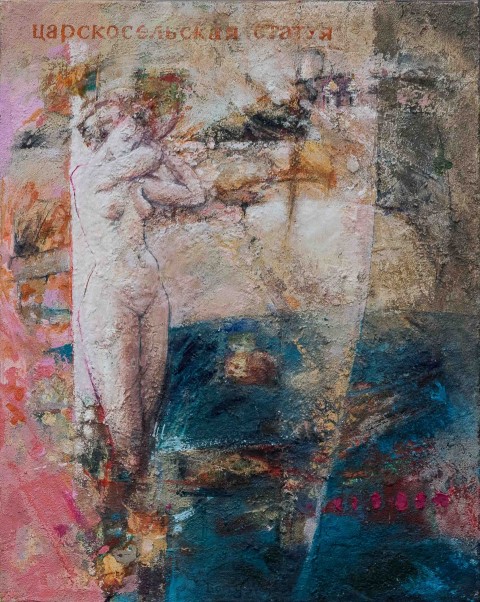 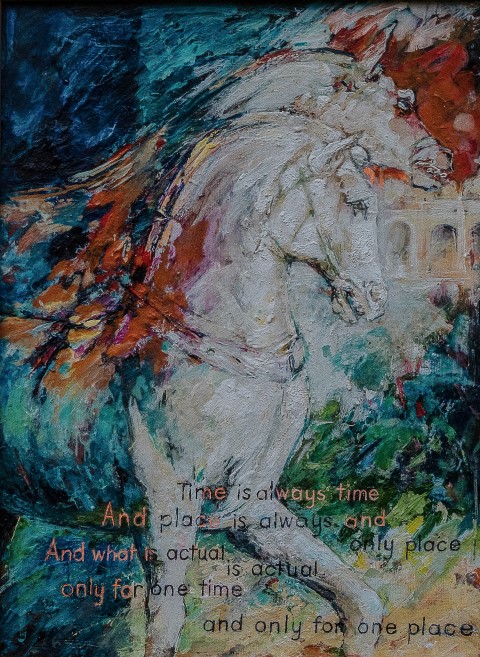 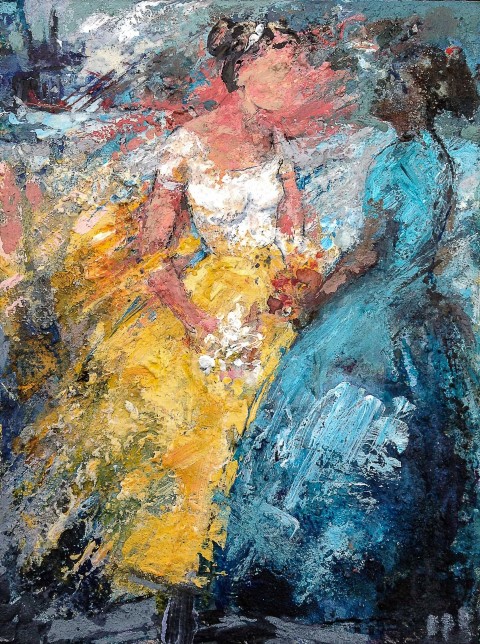 Continuing Narratives
Starting with cultural icons from the past, (images of public art, poetry, film, museum artefacts…) my recent paintings explore, and add to, their stories. For example, a myth of a Russian Maiden inspired a sculpture which, in turn, inspired a poem by Pushkin; this became a song and the song was a starting point for a series of my paintings.
Commemorative tomb objects from 7th century China, discovered in Kansas City, Cambridge and Glasgow, gave rise to another series.
The images look back into their own culture but travel forward into ours. I add another chapter to these stories, not illustrating but extending the narratives. Finally, the observer of the paintings brings new personal responses and associations, further adding to an ongoing creative process.