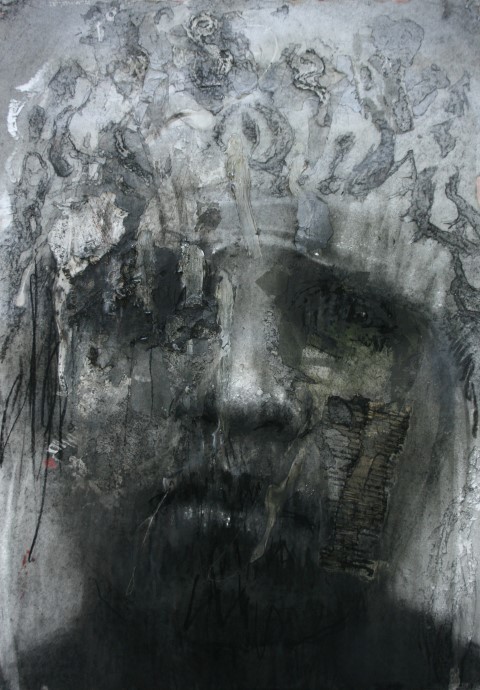 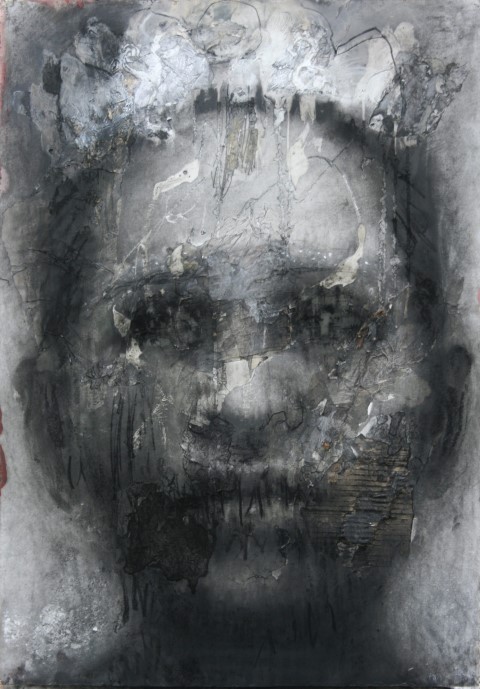 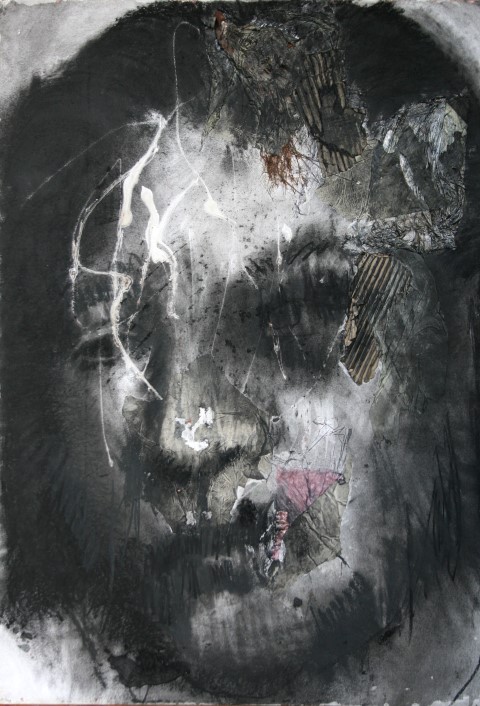 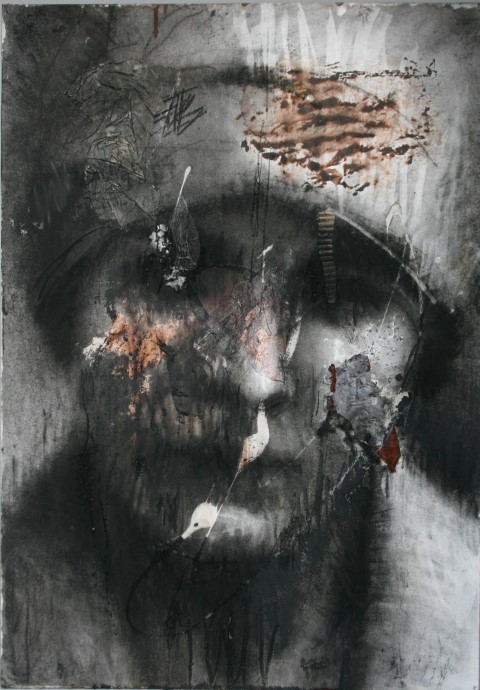 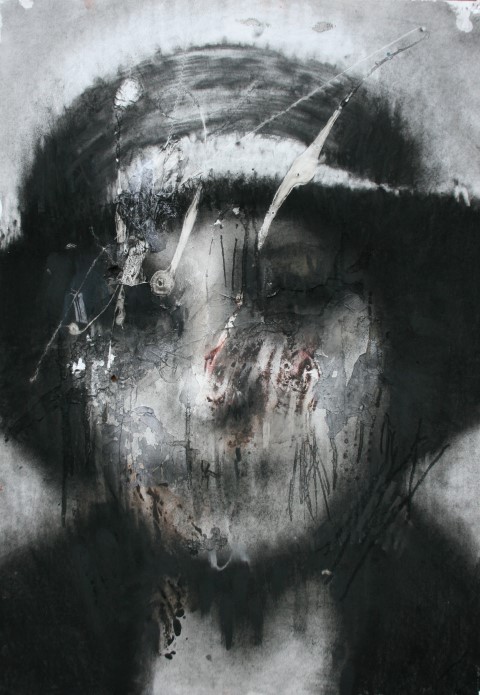 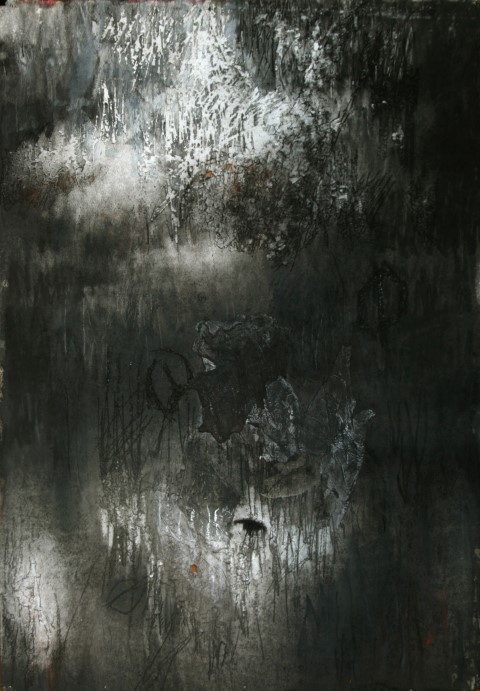 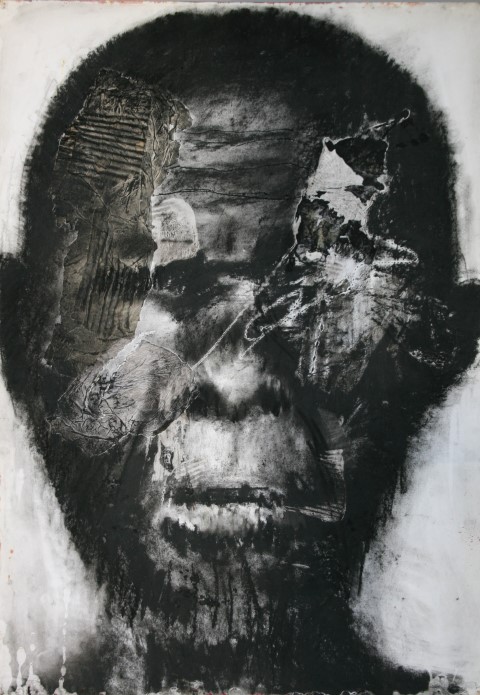 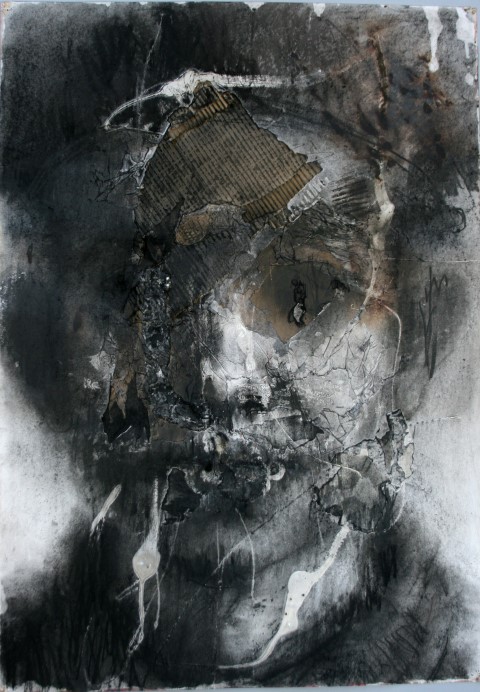 The damage that can occur within our lives is an important thread throughout my work.

I have often altered the state of the human body, showing the exterior open and exposed in an attempt to reveal its vulnerability. Throughout my work there have been armless figures, figures that are part animal and, more recently, mouths that are sewn shut.

The drawings show people as they might imagine themselves to appear during times of grief; the scars, welts and bruises, reveal our emotional as well as our physical fragility, depicting what often goes unseen.

The source material for my current charcoal drawings is from found photographic imagery, depicting people I do not know personally. It is my interest in their stories and their emotional scars that drives me to make the work. They are people who are in some way casualties of fate and circumstances beyond their control.

The drawings are portraits, honouring the people themselves, I hope that I am giving them a presence.

The photographs I choose are small and indistinct and consequently offering the minimum of information and so are less directive.  The drawing process is a continual one of building and destroying, of scratching, scarring, staining and peeling and the constant drawing over and ripping away again leaves behind its own traces and layers.

I am trying to uncover rather than state, making visible that which is sometimes invisible.

After finishing my Fine Art degree in 1982, I moved to Berlin and worked there for 17 years, exhibiting in various European cities, before returning to the UK. I now work from my studio near Fakenham, where I also run my own Art classes.