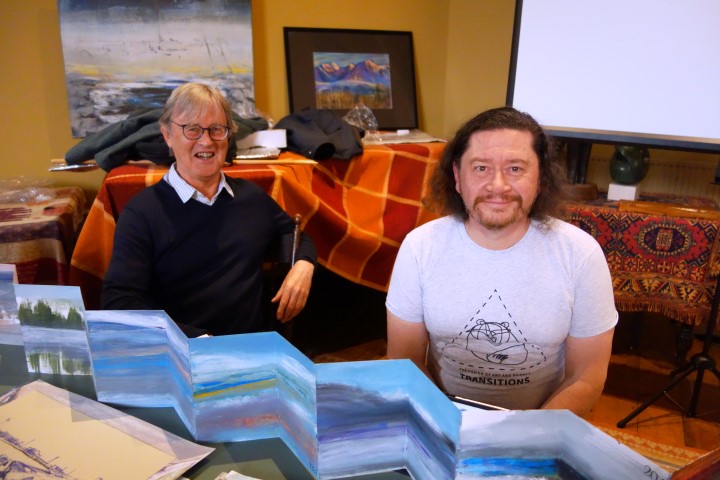 Trevor Davies and group member Gennadiy Ivanov gave an illustrated talk to a packed room about their recent Science/Art project – Transitions, addressing the subject of global, and local, climate change. 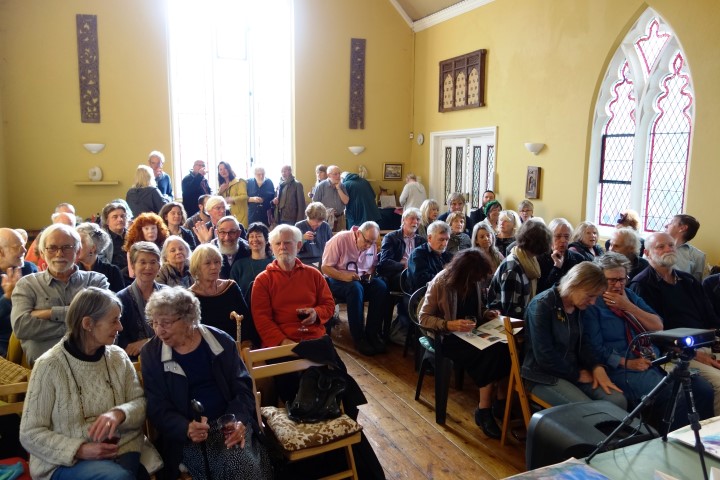 Alan Waters, Leader of Norwich City Council, thanks the speakers and highlights local initiatives with a Norwich 2040 vision. 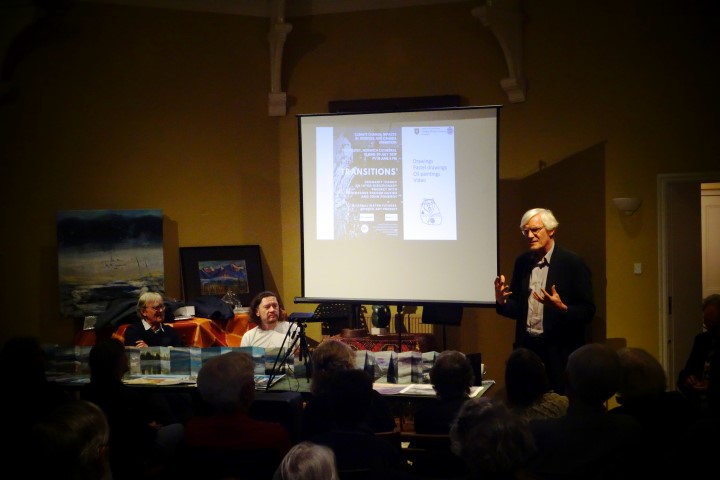 Art works created by Gennadiy during the trip to Canada and since will be on show in the Hostry, Norwich Cathedral, from 18 June – 28 July 2019. 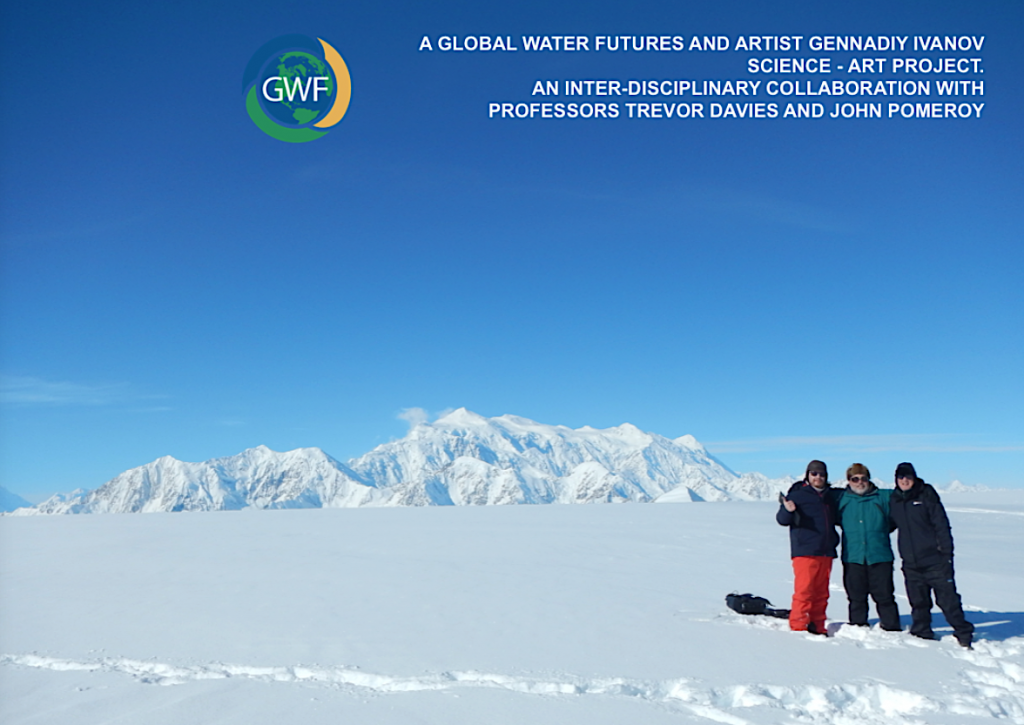 North Norfolk recently declared a climate emergency; quickly followed closely by the House of Commons. This is hot on the heels of the first phase of an exciting Norfolk project to increase public engagement by fusing art with the science of climate change.
Norfolk artist Gennadiy Ivanov and Trevor Davies, former Pro Vice Chancellor for Research and Director of the Climatic Research Unit at UEA, have combined to represent aspects of climate change and its impacts in visual art in order to increase awareness in a wider section of people. They have just returned from Canada, a country which is amongst those most greatly affected by climate change.
Gennadiy Ivanov had already produced paintings related to sea-level rise and coastal erosion in Norfolk when he approached Professor Davies, who says “I was impressed by Gennadiy’s paintings. He interpreted and visualized coastal erosion in a way which I found striking, and I thought that his impressionistic images could have a wider impact”.
From Gennadiy Ivanov’s perspective, he knew that Norwich was a hot-bed of climate research and wanted advice on how best to develop his work in the climate change theme. “Professor Davies explained the principles of climate change and its impacts and convinced me that, together, we could produce a real fusion of science and art in this project. Everyone we spoke to in Norfolk was enthused by the project, including those who had experience of art in education as a means of getting over a story to those who might not otherwise be interested”.
The real breakthrough came when Professor Davies contacted a colleague in Canada, Professor John Pomeroy, who had spent time at UEA in the 1990s, and with whom co-operation had since continued. Professor Davies explained that “John is Director of a very effective and important research project in Canada called Global Water Futures (GWF). It is addressing the major climate change related events which Canada is experiencing: more severe floods, droughts, fires, recession of snow and ice-cover, and perma-frost melting. I felt that witnessing the impacts of these changes in landscapes which were very different to those in Norfolk could give scope Gennadiy to produce even more striking pictures”.
The two have just returned from a research trip in Canada in which Gennadiy Ivanov was able to join in GWF activities at a number of research sites in the Yukon, North West Territories, and the Rockies in Alberta. He says “I am very grateful for GWF support and feel enormously privileged to have witnessed the incredibly hard work put in by the scientists, involving sophisticated instrumentation in remote and difficult terrain. Sometimes the only way in was by helicopter or ski-plane. It made me realise the effort put in by scientists to understand and the effects of climate change and that sometimes it is necessary for them to use modes of transportation which emit global warming gases in order to better prepare us for the future.”