Mike Toll, former member and a Chairman of Norwich 20 Group, sadly died last year, but he left boxes full of VHS video tapes that record his interviews with artists who took part in solo and group exhibitions at the Contact Gallery, Norwich in the mid 1980-90’s.

One of the films, Contact Gallery: The Drawing Show was shown at a joint event, thirty years on. The film of this Norwich exhibition included interviews by Mike with many of the artists, some of whom attended the showing and took part in a short discussion afterwards.

Some of the artists, photographed by Keith Roberts, at the event – from left-right: 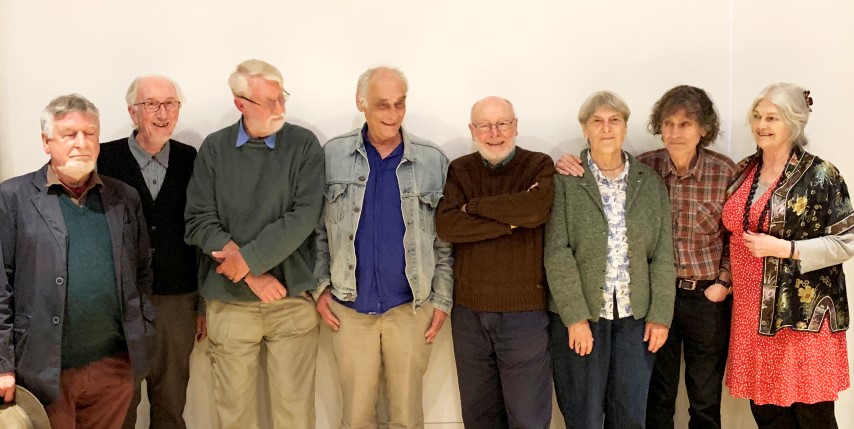 The film is 73 minutes long, and contains interviews with many of the artists who took part in the exhibition, including Brüer Tidman, Zheni Warner, Emrys Parry, Peter Baldwin, David Woods, Ivy Smith and Mike Chapman. 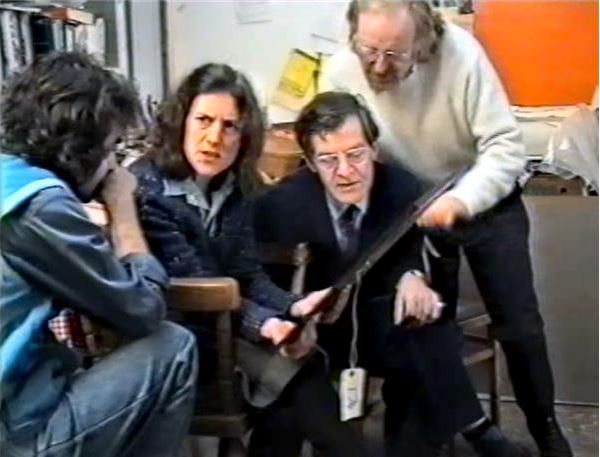 The Auditorium, The Forum, Norwich

Archive images from the Contact Gallery, provided by David Woods 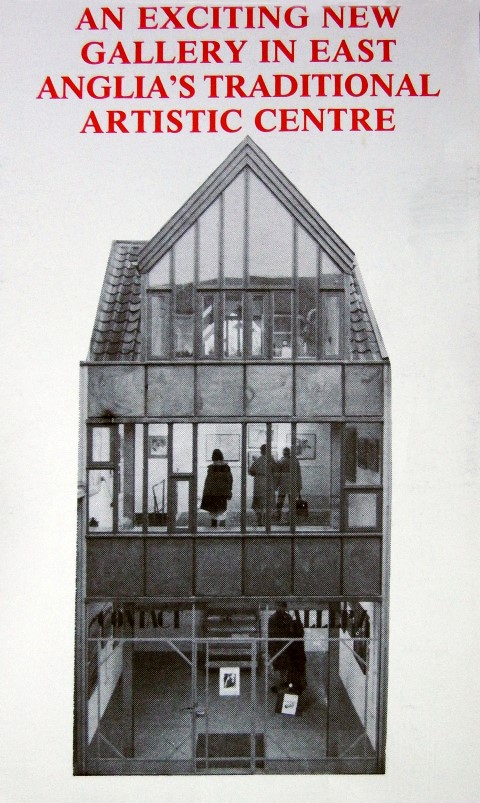 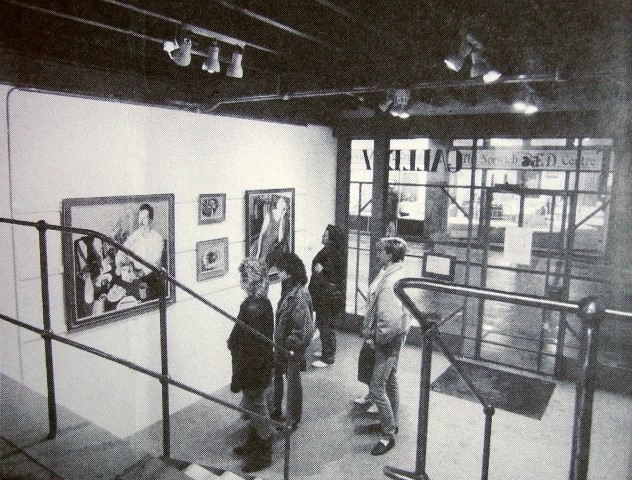